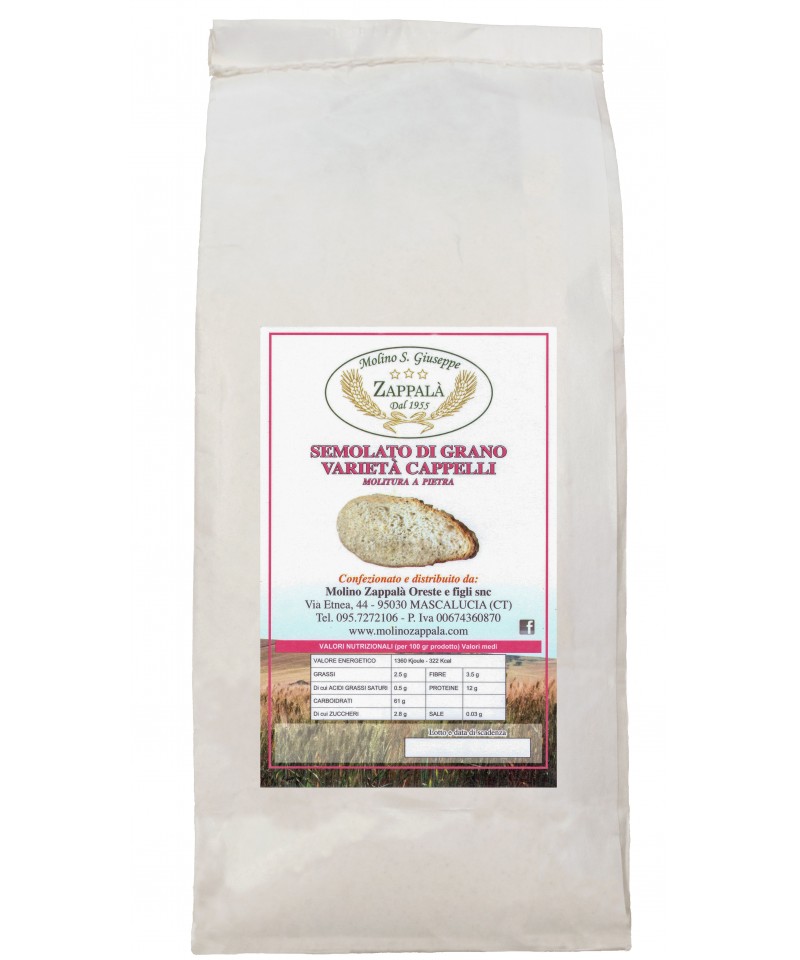 Defined “chosen race” in the years ’30 - ’40, was in wide use in the lands of Puglia and Basilicata.
It derives its name in honor of senator abruzzo Raffaele Cappelli, promoter in the early twentieth century of the agrarian reform, which led to the distinction between hard and soft wheats. It is a hard wheat, "aristato" (i.e. with "ariste", filaments that can be seen in the grasses), obtained by genealogical selection in Foggia in 1915 by Nazareno Strampelli. For decades it has been growing more widespread, until the emergence of more productive varieties.

The intolerance to gluten and allergy... The wheat Cappelli is free from any contamination by induced mutagenesis with x and y radii of the radioactive cobalt, to the difference of the varieties of durum wheat GMO irradiated, used today in agriculture.
It seems founded on the hypothesis, that the genetic modification of the variety of grains modern, is related to a modification of their protein, and in particular, of a fraction, called gliadin, which is a basic protein, from which to digestion peptic-triptica, you get a substance called fraction III of Frazer, which is due to the enteropathy inflammatory and then malabsorption (gluten intolerance and allergies).

Because the Hats...
Durum wheat Cappelli is an ancestor of durum wheat modern.

The plant has a height of ca. 1.80 m (higher than that of common wheat) and contains higher percentages of lipids, amino acids, vitamins and minerals, as well as characteristics of high digestibility; it represents an alternative sweet and exquisite for the preparation of all products currently used at the basis of traditional wheat; has never undergone alterations of genetic manipulation of modern agriculture that sacrifice flavor and traditional content for the benefit of high performance

of which saturates 0.5 g